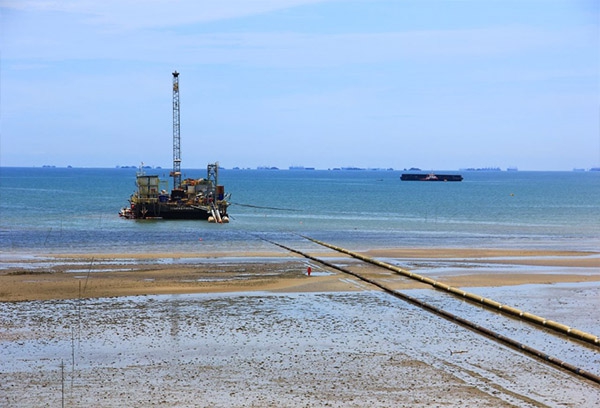 The Hendijan Field is located in the north-west section of the Persian Gulf, 10km north-east of Bahregansar platform.
Iranian Offshore Oil Company (IOOC) has a plan to carry out EARLY PRODUCTION OF NORTHERN HENDIJAN OIL FIELD (HD6 ONSHORE) project. This plan will include installations of an unmanned New Oil Gathering Platform and a Wellhead area with all necessary equipment and flow lines as follows:

Reservoir fluids from the HD6 Field flows to the CH-OP in multiphase flow lines. On the Central Hendijan production platform (CHP), the reservoir fluids will be gathered and exported to the Bahregansar new production platform for further processing through existing 12” pipeline (by others).
IOOC has awarded an EPC Contract to joint venture of Hirgan Energy and Samandis to execute the project. The hairpin configuration is considered for the compressor station as required. This compressor station will include of the following sections.
EPC Contractor: Samandis Company