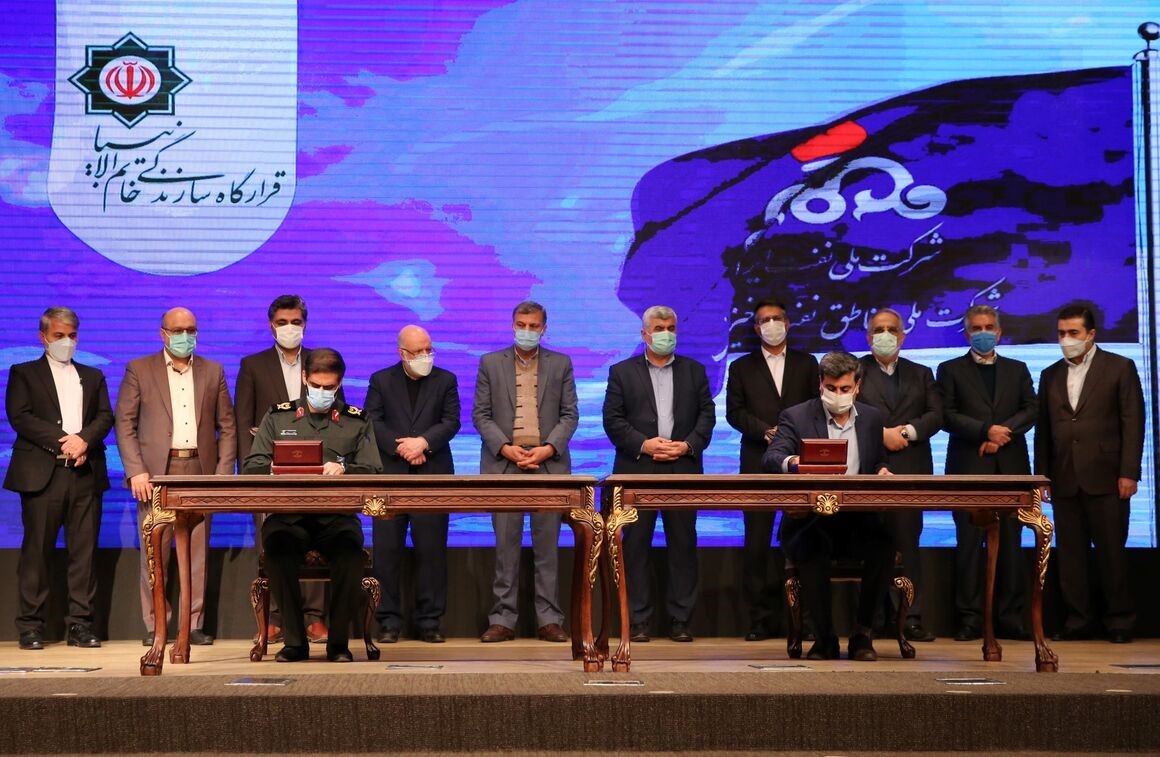 The contracts, worth a total of $1.2 billion, were signed on Monday in the presence of Iranian Minister of Petroleum Bijan Zangeneh, and entail projects in Binak, Solabdar, Lali Bangestan, Gachsaran 3 and 4, Golkhari, Bibi Hakimeh and Ahvaz 2, 3 and 5 fields which are operated by National Iranian South Oil Company (NISOC) in the provinces of Bushehr, Fars, Khuzestan, Kohgiluyeh and Boyer-Ahmad. Also a contract concerning Reshadat Offshore Field operated by the Iranian Offshore Oil Company (IOOC) was included among the 8 contracts.

The plan to maintain and enhance oil production in the scope of activities of three companies affiliated to the National Iranian Oil Company (NISOC, IOOC and Central Iranian Oil Fields Company) cover 7 provinces of Kermanshah, Ilam, Khuzestan, Kohgiluyeh and Boyer Ahmad, Bushehr, Fars and Hormozgan and include 33 projects (29 projects in the onshore sector and four projects in the offshore sector). The first contract of the packages was signed in September 2018 for the Siri project (Sivand and Esfand fields) operated by the Iranian Offshore Oil Company.