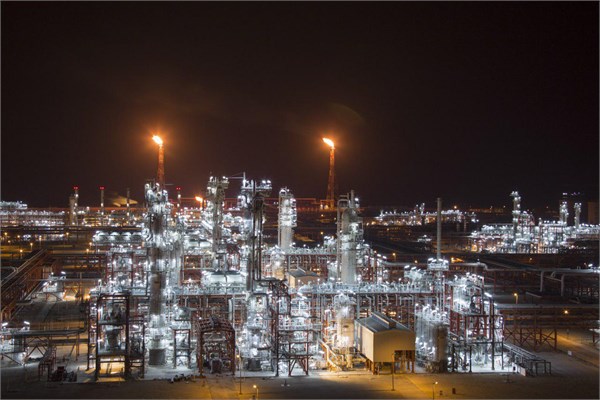 The head of the onshore sector of the South Pars Phase 2 development project announced the start of production and storage of gas condensate in the refinery of this project.

According to the public relations of Pars Oil and Gas Company, Sasan Arabi announced: after the realization of production from the first offshore platform and gradual completion of the value chain in phase 2 of South Pars, production and storage of gas condensate in the refinery of this project began.

It is worth mentioning that in addition to the realization of sulfur extraction and granulation at the end of last week, ethane produced in phase 2 of South Pars, another processed product of this project, was sent for the first time and continuously to petrochemical complexes in South Pars region.