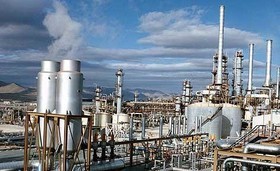 Referring to the transfer of Biston Petrochemical, the head of the Privatization Organization said: "The auction of this petrochemical was held in the presence of legal observers in a transparent manner and was finally sold at three times the base price."

According to the information base of the Petrochemical Industry Employers' Association, Mir Ali Ashraf Abdullah Poori Hosseini about why some people say that the auction of Bistoon Petrochemical Company was delayed? He said: "We postponed the Biston petrochemical auction because more people could participate in the auction, which happened and the number of participants increased. This is a good thing. If instead of, for example, two applicants, you make 10 applicants come, something good has happened.

He added: "Several envelopes have been sent to the Privatization Organization in this auction and there is not a single buyer who has a word or a hadith in it. For this auction, a representative of the Court of Audit, an inspection representative and members of the auction commission were present."

The head of the Privatization Organization added: "Among the participants in the auction, three of them had offered prices above 300 billion tomans." The winner of this auction had offered a price of about 503 billion tomans for this petrochemical, which means that Biston Petrochemical has been sold almost three times the base price, which is a very good thing.

Referring to the pricing of the companies before the auction, Puri Hosseini said: "I emphasize that the auction was conducted in a completely healthy manner, but I must remind my friends that the approval of the pricing of the companies is within the authority of the transfer committee." Gentlemen, if they have any criticism, change the composition of the delegation; Because the transfer board was not appointed by the privatization organization, but by the parliament, and according to the law, it is the transfer board that determines the base price.

He emphasized: Biston petrochemical auction was held very healthy and well. The base price of this auction was 174 billion tomans, which was eventually sold at three times the base price. The prices are given by an official expert and approved by the transfer committee, and the Privatization Organization has not made the price illegal even in one place.